"The process of my practice begins like all other creative origins. With and pencil. I map out the image with the basic shapes of objects and background. To help visualise the scale, lighting, and perspective of a piece before proceeding to the creative stage. This is where the use of colour is determined, which is usually dark or muted natural colours with a single light source by using a white, yellow or red. This is an apt way of blending the environment of the piece before finer detailing begins.

My work has always been a mix of subject matter, from life drawing and landscape painting to sacred geometry and figurative sculpture. Although, the main and most prevalent is evolutionary speculation with some abstraction weaved in. This used to be only through sketching by pen and pencil but has now shifted to more elaborate mediums such as oil paints or clay. The imagery that is chosen to materialise is taking the existence of life - whether it be humanity, animals, plants – and creating new organisms and their environments. Though I work in a varied array of styles and techniques, this is the core of my work. I would be remiss if I omitted the fact that I don’t really draw from any objects or source material. The art is almost always straight from my mind.

Why is it that I create art in the first place? At this stage in my life as a student, I struggle to find a definitive answer. To perhaps reflect my interests in science, fantasy, religion, or history into some matter of physicality. It may have started as a pass-time but has evolved into a reflection of the world as I see it. Though I do not wish to be strictly subjective in my work as that may not attract an audience. I usually struggle to narrow down a specific demographic. Anyone interested in viewing my work will likely share a kinship in these subjects while keeping in touch with their imagination as that is a quality that is very important for adults to maintain. Imagination is how humanity makes its strides. How we discover, invent, and connect with each other. In essence this is why I make art. Inspirations to my work consist of sketchers John Howe and Alan Lee. Authors, J.R.R Tolkien, H.P Lovecraft and George R.R Martin. The creative and scientific genius inventor, Leonardo Da Vinci. And modern artists C.M Kosemen and John Howe." 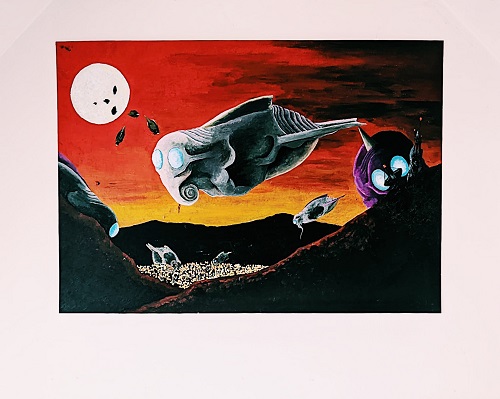 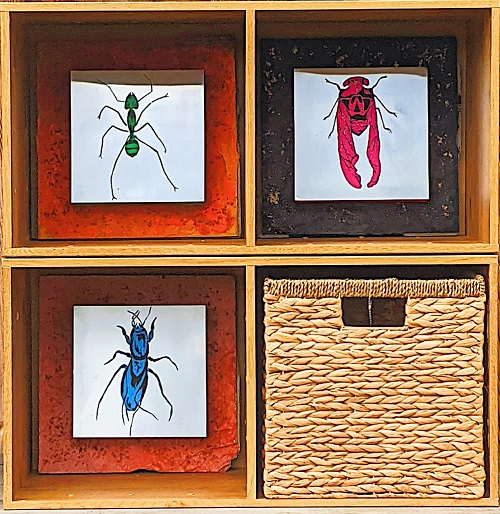 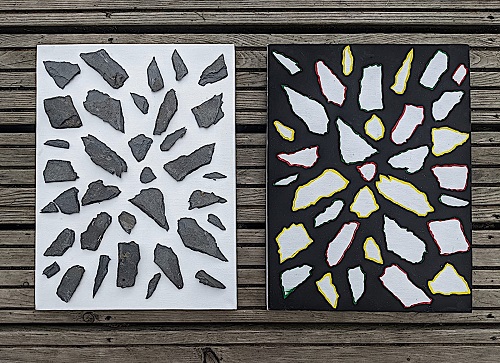